Cambridge Group AGM. The AGM will be held at 2.30pm on 19th November at St James Church CB1 8QJ. After the meeting, James Littlewood of Cambridge Past, Present and Future will talk about Wandlebury and Coton Reserve. See News for more details.

Victory for Cambridgeshire Ramblers as five level crossings are saved. See News for more information and the press release.

FAQs For Frequently Asked Questions, including how to report a problem with a footpath, and how to join the Ramblers’ Association click FAQ.

Cambridge Group is part of the national Ramblers’ Association and our walks are typically in Cambridgeshire and neighbouring counties. We normally walk on most Saturdays and many Mondays – see our current Walking Programme.

Additionally, other important activities undertaken by our Group include:

Aims of The Ramblers’ Association

The RA has the following broad aims, which form the basis of its operations and actions:

One Coast For All – Campaign for the English Coastal Path 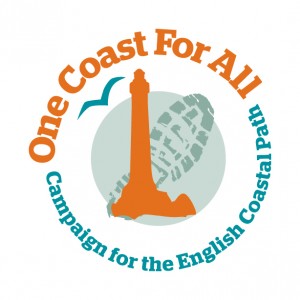 Our coastal campaign (previously known as “Coast for Most” and “Claim the Coast”) has a new name and logo – “One Coast For All – Campaign for the English Coastal Path”. As part of the red tape challenge, the Government announced proposals that could dampen the dream of a route around England’s coast. We have launched a petition to call on the Government to fulfil its duty to create a proper coastal path (with sea views and “spreading room” in case of erosion) sooner rather than later. We are hoping to get 10,000 people to sign it, if you have not already, please sign the petition now. Click on the link below: