Focus on Royston, Herts
Royston’s adjacent common, Therfield Heath, is a wonderful open space, with free parking, or easy access from Royston Station. The Heath gives immediate access to the hills beyond, higher than anything in Cambs! Before you go tramping off on these hills to Therfield, Sandon, Kelshall, Barley, Barkway and places beyond, pause to appreciate the riches of Royston.

Around Easter, the nature reserve at the east end of the Heath is well-known for its display of the Pasque flower, the Anemone pulsatilla, together with cowslips and violets, on an isolated spur of bare hillside. White heleborines may be seen in the adjacent woods in May.

Later in the Summer, the main part of the heath is a treasure trove of wild flowers, especially at the west end, in the little dry valleys.

Alfred Kingston wrote a monograph, “The Heath and its Wild Flowers” published originally in 1904, but reprinted by Warren Bros. and Cooke Ltd in 1961. By 1904, the Royston Golf Club had already been formed using part of the Heath in 1892, and had erected “a handsome and commodious club house on the corner nearest the town”, and a public pavilion, near the cricket ground opened by public subscription in 1895. *[See also Cantab 17 – Royston 1900: A year in the life of a small town.]

Kingston lists the flowers which could be seen between June and August, an impressive list, now sadly reduced, so that, for example, I do not think we would now find two of the orchids he quotes – Gymnadenia conopsea (fragrant orchid) or Orchis ustulata (burnt orchid), but Ophris apifera (bee orchids) pop up occasionally in all sorts of places.

Nor has the ground-nesting stone curlew survived the invasion of hundreds of walkers, golfers, kitefliers and dog enthusiasts, but instead we have a fair chance of seeing feathered red kites!

From Kingston’s list of 1904, and with some modern additions, I produce here a restricted list which Roger and I identified on the Heath last Summer, and which might act as an aid to identification, in conjunction with a field guide.

Ramblers sometimes say to us, “How do you know what flowers to expect here?” Perhaps this will help! This is not a comprehensive list and we have not included the common “weeds” of the daisy, dandelion variety. See if you can do better!

Visible Prehistory
As well as being a valuable wildlife haven, the Heath is an important prehistoric site. The oldest feature is a Neolithic long barrow, 6000 years old. Looking north from the long barrow, one can see the route of the Icknield Way, an ancient trade route from the Norfolk coast to SW England. The Heath’s high ground also attracted Bronze Age burials, here as One Hill, Two Hills and Five Hills. The features known as Mile Ditches (parallel to the Therfield Road) are Iron Age, and were probably territorial boundaries.

If the weather turns wet, Royston has inner resources.

The Royston Cave, a bell-shaped chamber cut into the subterranean chalk is unique in Britain. It contains numbers of carvings and symbols, whose origins are uncertain, although it has been claimed to have been associated with the Knights Templar, before their dissolution in 1312. The cave is located in Katherine’s Yard off Melbourn St, near the cross roads in the middle of the town.

Royston Museum
The original museum in the town hall, was opened in 1856, but was re-established in 1984 in the Old Congregational Church School, off Lower King Street. There are extensive local archives, pictures, archaeological finds, interpretations of Royston Cave, The Royston tapestry, and much else.

The parish church is set in attractive municipal gardens in the town. It is part of the old Norman priory, with a Victorian chancel.

The Icknield Way Path is a 110mile trail, linking the Ridgeway Path to the Peddars Way. Together these routes take strands of the ancient Icknield Way trade route which crossed England from Norfolk to Dorset. Royston lies squarely on the route of this popular path. We have the 5th edition of the walkers’ guide, obtainable from the Icknield Way Association. See: www.icknieldwaypath.co.uk

The next long distance path is an unusual one. The Hertfordshire Chain Walk consists of 15 linked circular walks through rural East Hertfordshire, and published for the East Herts Footpath Society . The edition we have was published by Castlemead publications, Ware. The route passes through Therfield, narrowly skirting Royston! See:www.easthertsfootpathsociety.org.uk

The Hertfordshire Way is a magnificent 166 mile route, covering, as the name suggests, most of the County. This was very much a Royston walkers’ initiative, with the first section or “leg” going from Royston to Wallington. The guidebook, edited by Bert Richardson of RA Royston Group, is published for the Friends of the Hertfordshire Way by Castlemead publications. See: www.fhw.org.uk
Janet & Roger Moreton

Mill Road Cemetery, Cambridge
Nick Ballard writes in praise of our city cemetery in the RSPB magazine. Mill Road is “a closed cemetery, with no burials since 1955. Over eight acres harbour a surprising variety of animals and plants. My species list includes more than 110 plants and grasses (excluding trees and shrubs); 42 birds; at least 9 mammals including two species of bat, weasel and dormouse; 23 species of butterfly and plenty of lichens and other diptera. The Diocese of Ely must be praised for their management, along with the Friends Group which promotes the value of the site.”

The main entrance is off Mill Road, opposite the “Sally Ann” charity shop, and using all the paths, it is possible to make a walk of nearly a mile. Alternatively, one can make a short cut to Gwydir Street or Norfolk Street.

Essex Coast Path
The entire length of the Essex Coast Path has been opened, making the longest coastal walk in an English County, including large numbers of creeks and estuaries.

Essex RA are justly proud of their new path, and announced the imminent official opening in the September edition of the Essex Area Update. Peter Caton has written a book, “Essex Coast Walk”, available on Amazon. Maps and photos illustrate the text with details of ports, towns and villages along the route, nature reserves and points of interest, as well as the history of the coast.

Watching our words! A Footpath:
What do we mean by a Footpath?
In Britain, a footpath –
is a path for people to walk along,
is a walkers’ path, especially in the countryside,
is a narrow path for walkers only,
is a path for pedestrians alongside a road,
is a pavement,
is a term in geology meaning a horizontal expanse of bare rock or cemented pieces.

When using the term “footpath”, perhaps we should watch our step!

Try “Footway” for a made-up path alongside a road. “Public Footpath” or “Public Right of Way” (PROW) for a countryside path. However, “PROW” does not define the usage of the way – it needs to be qualified as a footpath, bridleway, byway, cycleway, road or whatever. And a road may be private, and yet have public footpath rights.

The term “pavement” is also fraught with difficulty. A pavement is a surface that is paved over. Pavements are part of the Highway. When they run alongside a county road, they do not have any separate legal existence.

A highway engineer regards the term “pavement” as referring to the whole paved area, so the footway alongside may or may not be classed as pavement depending on whether it is surfaced.

Finally, use “Sidewalk” for a footway if you go to the USA! 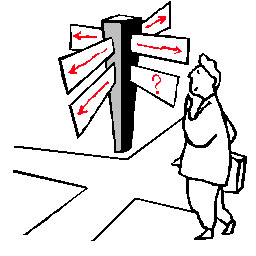 Letter to the Editor, County Summits. (See Cantab 84)
“Hello Janet & Roger.
Back in 2001 there was an article in the Cambridge Evening News about the highest village in the county, which they gave as Great and Little Chishill equal at 475ft. This provoked several items of correspondence and I wrote saying Great Chishill was highest, but didn’t know exactly where, but thought it was off any road. I then consulted OS who eventually came back with the very accurate grid reference of TL 42738 38546 and a map with a nice star in the middle of a road. This turned out to be Hall Lane Great Chishill.

Just a few months later I obtained the book ECHOES which was published in 2000 and describes walks to all of the county summits in the country. In that book several of the local summits are different from those you have quoted from Paddy Dillon’s book.. In the acknowledgements the author thanks the OS for their support of the project, so presumably they supplied heights and references. It seems to me that over the years OS have revised heights as they are able to use more sophisticated methods of surveying.”
John & Tessa Capes, 23 Feb. 2016

Hoffer Brook project
South Cambs District magazine describes improvements made to the Hoffer Brook between Foxton and Newton, where it runs beside a public footpath. Fallen trees have been cleared, and tree thinning and scrub clearance will let in more light. The water quality is good, and a fish survey is being mounted. It is hoped the brook will in future be less prone to flooding.
The first phase of the work on the brook was funded through the Cam and Ely Ouse Catchment Partnership, and a band of volunteers teamed up with the Wildlife Trust. The local landowners, Richard Barnes of Foxton and David Watson of Thriplow Farms helped with machinery and access for the works.

Cantab Rambler by E-Mail & Post
Cantab usually appears some 4 times per annum.. A large number of you now receive Cantab by e-mail. By hand, 20p is appreciated towards the cost of paper and ink. If you would like to receive an issue by post, please send a large SAE. Offers of brief articles will be gratefully received.